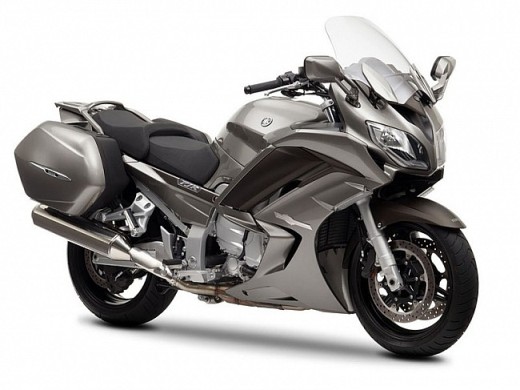 Yamaha has renewed its grand touring model. The second generation of the FJR 1300A and FJR 1300AS (semi-automatic change) receive a more aggressive design, are more comfortable and have electronic suspension, among other improvements. Yamaha has unveiled at the Cologne the FJR 1300 and FJR 1300 with ABS 2013 with a new body, engine and chassis and improved comfort for its occupants.

In addition, the exhaust is new invoice, the crankcase is completely new, the semi-automatic system change the AS version (like the previous model, no clutch lever) is faster and evolved. The electrically adjustable windscreen and more aerodynamic front maintain entries. The main stand has been modified to facilitate actuation thereof, in addition to lighten the bike. The rear light is also different.

One of the most interesting aspects is that the Yamaha FJR1300 AS will be the first model of the signing of the tuning forks have an electronically adjustable suspension system, which is already used Ducati and BMW.