2013 Zero MMX Motorcycle: an electric motorcycle for the army 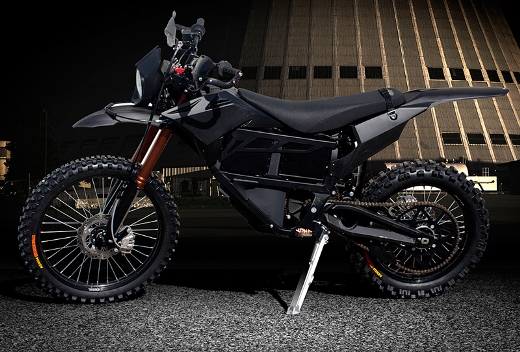 2013 Zero MMX Motorcycle: an electric motorcycle for the army

The development of the new motorcycle for special operations team of the United States will implement various improvements in the range of civilian products of the Californian firm. Zero Motorcycles has announced the launch of the new 2013 MMX Zero a 100% electric motorcycle developed exclusively for Special Operations Forces (SOF) of the U.S. Army.

The Californian firm engineers have developed the model based on the MX to suit military needs in special operations, which have seen an advantage of electric propulsion for mobility in harsh environments thanks to its almost total absence of noise and low heat emissions.

The Zero MMX delivers the equivalent of 54 hp and 92 Nm of torque. The instrumentation has been suitably adapted for military use, and includes a quick-start system without a key, a modular battery with two configurations or a system of cargo reservation to extend autonomy in conflict situations.

It can also operate submerged under one meter of water and include front and rear infrared systems. As with other models of the Californian firm, the user can change the parameters of MMX through bluetooth devices. The MMX Zero batteries can be recharged in about an hour using a quick charger, or use the conventional system of CHAdeMO load.

“The meticulous process of development has been an enriching experience for the Team Zero. The army demanded a very precise characteristics chart for MMX, and we feel very grateful to have worked with them to get this unique product. The good news for our civilian customers is that we have chosen to incorporate into our 2013 MX, FX and XU almost all the improvements made on the basis of the demands of the army”.