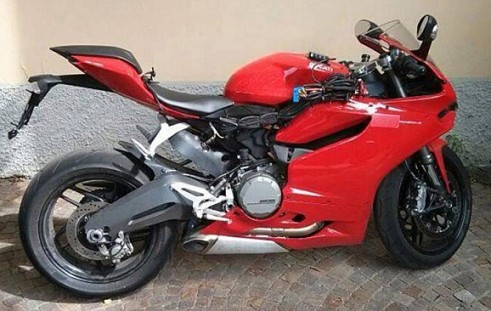 Two years after the launch of its revolutionary 1199 Panigale, the fifth generation of its superbike series with 4-valve mechanical, Ducati is involved in the development of its little sister. The 899 replace the 848 EVO, a motorcycle with a design that has already six years behind. The main aesthetic differences regarding the 1199 would the abandonment of the single-sided swingarm and the adoption of a suspension inherited from the Streetfighter 848 with radial pints lower than the SBK range. The monocoque chassis still be an aluminum and derive from the engine 1199 to deliver about 155hp at 11,500rpm (instead of 140hp at 10,500rpm of the current 848).

The new Supersport could not compete according to the FIM rules since the twin World Cup can only cube 750cc maximum. Yes it might an alternative for some Superstock teams.