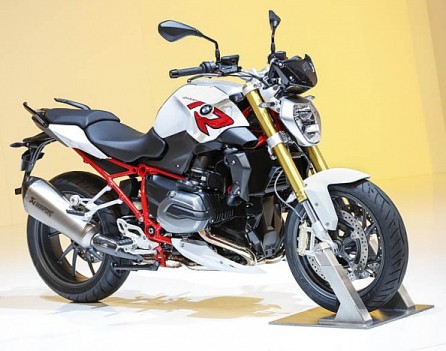 With the overwhelming twin boxer engine as a symbol of the identity, the new BMW roadster is the last frame to receive the mechanical water cooled, after the RT and GS. The new model is equipped as standard with ABS, ASC and two driving modes. The exhaust is 2 in 1 that gives presence to the machine and is both part of the minimalist design, which was intended to contain the measures and seek their thinness. The new BMW R 1200 R features a modified airbox, as well as a central radiator, which precisely contributes to this sense of light. Aesthetically, this model is inspired by the supersports house the S1000RR, the spirit is catching.

As for the chassis, features a twin-spar steel tube with bearing engine. The new model features inverted telescopic forks on the front wheel, leaving a EVO Paralever system for the rear.

The engineers at BMW have tried to give the new R 1200 R of precision in direction, handling, braking behavior and fidelity to the path, hence precisely the work done on the chassis.

As it could not be otherwise, BMW has not neglected the electronics, giving the DTC (Dynamic Traction Control) and two driving modes, Rain and Road. Furthermore, there is standard with ABS and ASC (stability control). Now as options, available Dynanic ESA (Electronic Suspension adjustment) and also enlargement of DTC, this features detection of inclination angle and which increases the driving options to incorporate Dynamic and User modes.