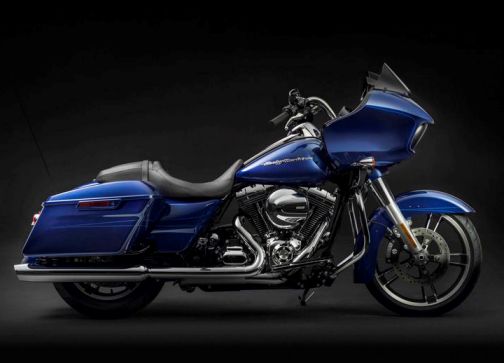 After a year out of catalogue, the coming year returns the Road Glide, a Touring characterized by its fairing short and which is now modernized thanks to a new optics for leds and greater technology from the “Project Rushmore”. Weeks before the presentation of the new range of 2015 models, Harley-Davidson has premiered the Road Glide Special, one of their new bikes for 2015, with the DNA of the Project RUSHMORE (a plan of product development by the needs of the customers) this model with front shark style has been unveiled at the famous meeting of Sturgis.

“The Road Glide has always had a large group of loyal and passionate following. So the return of this model range represents something as exciting for our customers and for our company”, explained Matt Levatich, President and COO of Harley-Davidson Motor Company.

“With technology Project Rushmore, intuitive and a spectacular new design, Road Glide is an improved model of this faithful and motorists who are looking for new and exciting options of the Project Rushmore”.

Under the new triple fairing Splitstream anchored directly to the chassis and tested during countless hours of wind tunnel, the Road Glide Special has now led headlamps with double Daymaker reflector, lowering rear suspension manually adjustable or infotainment system Premium Boom! Box 6.5 GT, with touch screen and a GPS navigation system, also controllable by two joystick located in a new recumbent handlebars. It also has speed control and braking combined with ABS. It is powered by a Twin Cam 103 engine.

The Road Glide has always been a bike for those who like to get away from the norm, for people who want to make a statement of principles as they seek the freedom that gives them the road, says Mike Goche (Director of Product Planning). This new model respects the spirit while providing a significant improvement in comfort, equipping in addition all the functions of the Project Rushmore, which have been so successful among Touring lovers worldwide.