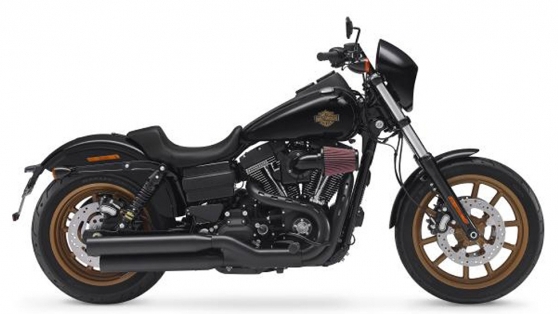 Harley-Davidson has launched a new high performance cruiser, The Harley Davidson Low Rider S. This new bike joins the Fat Boy S and Softail Slim as the third member of the cruiser of the S series brand. It is bikes designed to provide the better performance and at the same time, inspired by the culture of the worldwide custom design. Among the benefits of the Low Rider S, highlights its suspension and upgraded brakes, and its essential elements begin with the transmission chain: The Screamin’ Eagle Twin Cam 110 engine is V-Twin of larger displacement that mounts Harley-Davidson series.

With an admission of high performance Screamin’ Eagle Heavy Breather and exhaust two in two style Fat Bob, this engine gets 156 Nm of torque at 3500 rpm, which means 13% more torque than the standard Low Rider. A reinforced clutch sends that power to six-speed Cruise Drive change. The cruise control by the electronic throttle control is part of the standard equipment. The entire set of transmission and exhaust are finished combining bright black and a Wrinkle Black powder coating.

The Low Rider S is provided with the essential thing to assure both maneuverability and potency. A few shock absorbers for emulsion with Premium Ride gas load and fork cartridge Premium Ride are responsible for getting handling and comfort on the bike. The components of the front and rear suspension react quickly to small bumps and keep the tires in contact with the asphalt, to ensure a safe and controlled handling and a good braking.

The three disc brakes, with the two front floating types, equipped with ABS as standard. The new solo seat, a flat handlebar Drag Bar on elevators 5.5″ and middle managers do that the pilot position itself as an aggressive position, with his hands and in a straight line with the footrests. The seat remains low, with a height of 675 mm.

On the other hand, the Low Rider S has a very characteristic dome that gives the bike a unique identity on the road. The solo seat and rear fender trim leave very clear back.