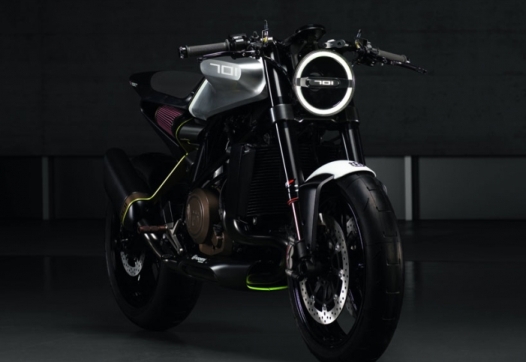 The company Husqvarna has extensively studied its return to the road. Only recently it has begun timidly with the 701 Supermoto and Milan has returned to the fray with the Vitpilen 701 Concept, a beautiful naked that the manufacturer lists as a modern cafe racer, as the aforementioned sister, is pushed by the single cylinder ‘690’ of KTM. Last year, we moved part of its plans with two other baptized prototypes as 401 Vitpilen and 401 Svartpilen, propelled if the engine cylinder KTM 390 and if all goes well, will be production models in 2017.

The Vitpilen 701 prototype stands out for the simplicity and originality of its design, with a very flat brushed aluminum tank and an air filter to look for the right side. “Vitpilen” is a Swedish name that translated into english means “white arrow” and with her Husqvarna intends to remind the Silverpilen that made in 1953.