A lot of humor in the Ural Ambassador, only 25 units 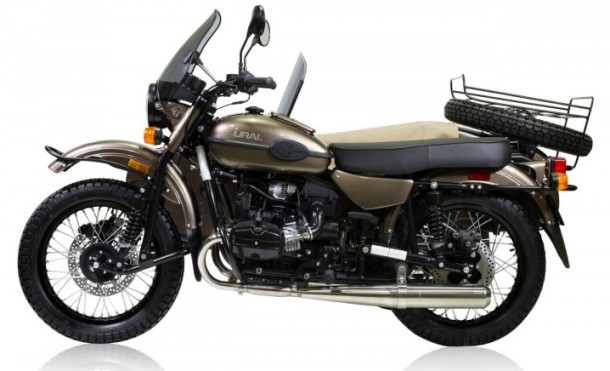 A lot of humor in the Ural Ambassador, only 25 units

The most important developments of Ural as a manufacturer of sidecars continue to arrive from the hand of limited editions produced by Ural United States. The last is called Ural Ambassador, a tribute for the 75th anniversary of Ural so many travelers who have chosen their sidecars to go further and get to know new people. Hence the name of ‘ambassador’. The innovations come once again from the chapter of the decoration, as the body wears metallic bronze color, the engine comes in black and it is provided with smoke windshield. The touch of humor puts the survival kit that includes the bike, a bottle of vodka, a can of sardines and a couple of packs of mint chewing gum to establish friendship with any that is put in our way. It also comes with the ’75 anniversary’ integral traction for user demand, gasoline drum in black, universal spare wheel, shovel, boot with the background coated in rubber, toolbox integrated into the tank 19 liters of capacity… the modern touch is provided by the free subscription to premium services Rever, an application of smartphones for routes very appropriate for the model.

A different form of travel as a couple and enjoy the bikes.