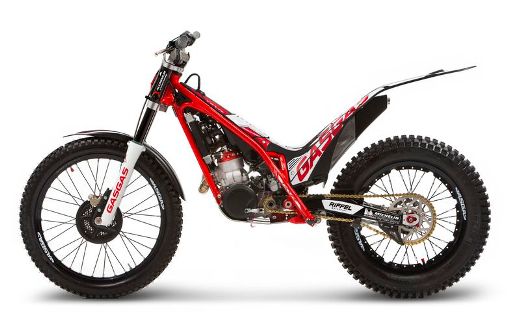 Racing version of the trial range of Spanish firm TXT comes with important new split next year. It will be available from December in four displacements: 125 cc, 250 cc, 280 cc and 300 cc. The Gas Gas TXT Racing 2013 is lighter than its predecessor with a new plastic fuel tank, which leverages the best space in the engine area and is lighter. The radiator is narrower and easier to assemble and disassemble, also improving the flow of water to optimize engine performance without wasting capacity. The TXT Racing also features a curve of titanium exhaust and provides better reaction medium and high speed.

At the rear swingarm is also lighter and has the most eccentric protected from impact, and allows a built-in anti-rotational axis facilitates and accelerates the mounting of the rear wheel. The new link achieves greater stability of the rear, more grips and a faster return. The bike is designed to facilitate the handling and maintenance of the user who can change maps with a switch engine and integrated perfectly accessible.