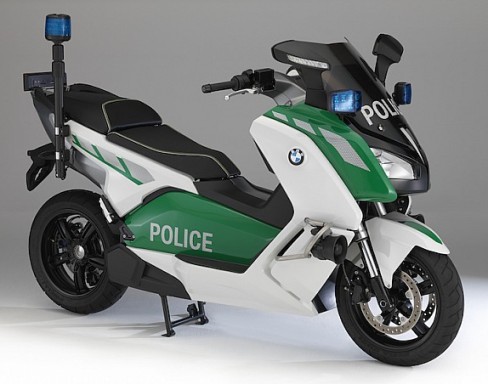 BMW is one of the brands most used worldwide by police and security forces. They have over 85 years selling these vehicles and since 1970, more than 130,000 brand motorcycles were sold to a variety of institutions in over 150 countries.

On the stand, of course, will be the better-known BMW R1200RT, a bike that has already become a reference for egos work in half of the world. But alongside its new 800GT F and F 700GS police version will make its debut. Also the scooter C 600 Sport suitably equipped will be among the new brand.

No major technical developments in the C-Evolution “police”: With a nominal power of 11 kW (15 hp) and a maximum of 35 kW (47.5 hp), has a top speed of 120 kmh (electronically limited) and allows rates sufficient to overcome the 600cc maxi scooter acceleration. A battery capacity of 8 kW allows a range of 100 miles between charges. These can be made from any outlet with its internal charger. Charging time from zero is about 3 or 4 hours.

As for the specific equipment, C (petrol and electric) will police lights in front and beacon strobe in the rear, as well as siren. A waterproof protection in the front bar is designed to withstand the type of driving conditions to which these vehicles tend to be subjected. And it can be equipped with other accessories that the brand offers for these bikes.