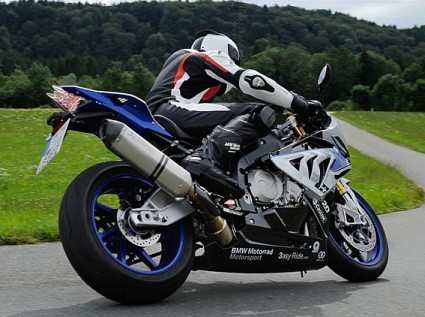 In 2009, after a time of evolution, BMW introduced that was its most ambitious sport bike to date, The S1000RR. Loaded with developments and technical solutions derived from competition, the brand marked a before and after in the segment. Now looking for a new HP4 will improves as a new option for ABS system to improve the braking in inclination. Since BMW decided to go fully into the world of sports bikes, star creation, the S1000RR became a wonder of technology; implementing technical solutions in the model at that time had only been seen in competition.

Over the years, other brands have adapted to the times, adopting different electronic management systems, stability … and so long, been transported to the category of super-sports to another level in terms of active safety elements and management of the machine recounts.

Now, BMW is planning to take another step forward and introduce as an option on the purchase and from October this year ABS Pro, a product designed to increase security and system similar to that already used in KTM 1190 Adventure.

They relied on the ABS system and looking for extra security to prevent lock the wheel when braking occur inclination or road conditions for one reason or another complicated motif (water, sand …). Using multiple sensors equipping the BMW HP4 for DTC (Dynamic Traction Control) and DDC (Dynamic Damping Control), the tilt angle, lateral acceleration, horizontal acceleration and other parameters that make it act the ABS Pro.

With all the data, the control unit analyzes and manages the braking power on tilt, helping to avoid the dreaded front wheel locks and optimizing the grip to achieve a greater braking.

The ABS Pro is clearly intended for road use, since it only works with “Rain” and “Sport” driving modes, leaving aside “Slick” and “Race” in which the device directly cannot connect.

Although marketing will not begin until within a few months, BMW has already predicted the price for Germany, which will be €380.