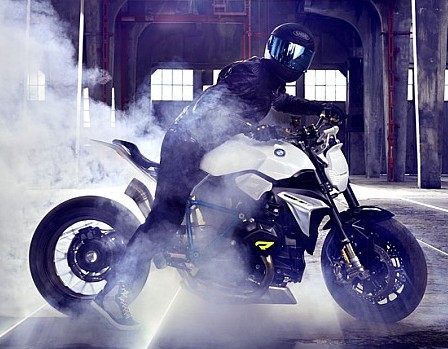 As already happened last year with the nineT, BMW reveals a prototype of what could be its 2015 R1200R: water boxer engine with 125 hp, radical sporty design and die-cast aluminum. The street fighter is fashionable. MV Agusta Brutally Corsa, Triumph Speed Triple R, Kawasaki Z1000, Ducati Monster 1200 S, KTM 1290 Super Duke R… The naked sports segment is in fashion and all the major brands are pointing to the cart of the maxi street fighter with products as spectacular as aggressive.. The BMW itself already taught us how the spent its S1000R and, now, just present the two-cylinder version called the roadster concept at the Cernobbio, Como, Italy.

The same event saw parading the BMW Concept Ninety last year, a prototype commissioned from Roland Sands Design which reinterpreted the legendary forms of the R90S to culminate the celebrations of the 90th anniversary of the Bavarian brand.