G5 SC, the new Kymco engine that premiere Xciting 400i 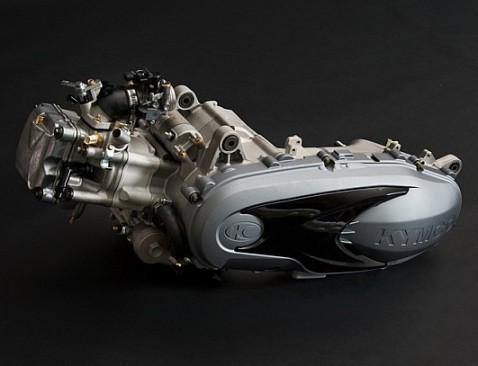 G5 SC, the new Kymco engine that premiere Xciting 400i

The G5 Kymco scooter engine family expands with new SC, to be released in the Kymco Xciting 400 this year. It weighs little and promises to reduce both consumption and emissions. Little by little we know more details about one of the most important releases of the Taiwanese Kymco: the new Xciting 400i. This time we look at the engine that propels it as it is brand new, belongs to the family called G5 and SC.

This is an unpublished engine currently only be 400 cc. SC stands for “Super Charged”, that does not mean that it is supercharged but really good power figures have been obtained (36.1 hp at 7,500 rpm), in addition to the specific power of 90 hp/liter. This means you will be above its rivals with single cylinder engine: Yamaha X-Max 400 (31.5 hp) and Suzuki Burgman 400 (34 hp).

The most representative of this new technology innovations reside in its low weight, the use of a cylinder head of four valves operated by rocker arms with roller bearings and crankshaft made of one piece, getting significantly reduce friction and establish correct energy efficiency.

The electronics is entrusted to the prestigious brand Keihin; injection Butterfly bodies are 33.2 mm in diameter. It has temperature sensors and air pressure.

It is expected that the launch of the Kymco Xciting 400i is the end of this year.