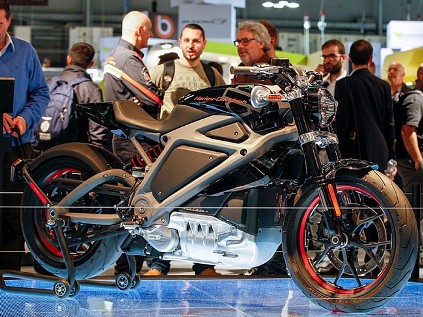 The first electric motorcycle factory outlet Milwokee visit Europe for the first time and it does under the EICMA 2014. A twist to the ideology of the American brand that breaks the schemes that have made it famous all over the world. It is hard to imagine a Harley Davidson that does not vibrate, no roar, no brame when accelerating and all the torque making the rounds shows. However in Harley are willing to break with all schemes established to date in more than 100 years of history.

According to officials of the US brand, the Project LiveWire is specifically designed to comply with all brand customers can expect of its model. At the moment what if it is clear is that it is not of any prototype, if not a machine that has already shown its potential on the road in the United States and is that a few months ago is walking through crowds of users have pointed to the challenge by the legendary Route 66.

The collaborative project will cross borders in 2015, bequeathing to Europe, Canada and Asia in order to collect all the information possible in the face of users. For now it is clear that although this Harley Davidson makes no noise as such, has come to be heard as a benchmark for electric bikes are concerned.