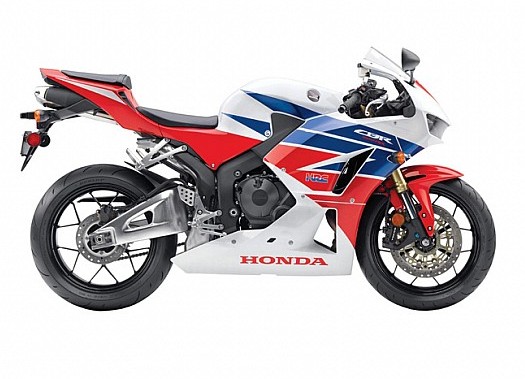 Honda renewal one of its most popular models, the Honda CBR 600RR. The first changes we observe are aesthetic and wearing a new fairing inspired by Honda RC213V MotoGP. These changes are improved by more than 6% friction in standard driving position and 5% in the sports position.

The suspensions have also been modified. Incorporates a Showa Big Piston inverted fork with 41mm rods, fully adjustable, by increasing the grip of the front wheel and get a more stable under braking. As for the rear suspension Unit Pro-Link, have improved performance at low speed and has given it greater tact in the initial phase of operation.

It keeps the engine from the previous edition, but the maps are optimized injection (PGM-DSFI), improving throttle response and the regime around the tachometer. In addition to softening the power delivery to facilitate the sporty driving.

The C-ABS braking system may be installed as an option. The new 2013 CBR 600RR will be available in three colors: Repsol, tricolor (red, white and blue) and black graphite.