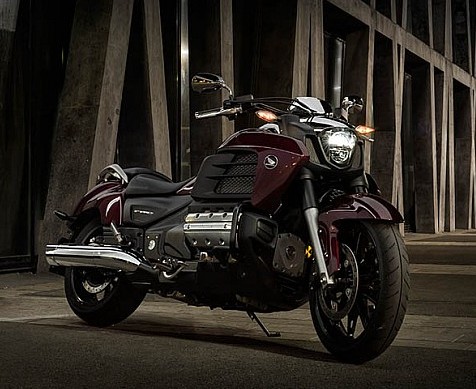 Honda has put on sale the new GoldWing F6C. With a dominant style and a unique custom image, this cruiser, based on the GL1800 Gold Wing platform. Its retail price is €23,699. All fans of Honda Gold Wing family are lucky. After waiting several months after its official launch at the Tokyo Motor Show in November last year, the new Honda GoldWing F6C and is available throughout the dealer network of the Japanese firm.

The new bike of golden wing brand, as explained from the Japanese firm, a bridge between Honda CTX1300 and Honda Gold Wing GL1800 and F6B GoldWing Bagger.

The Honda GoldWing F6C riding a flat-six engine cylinders and 1,832 cc to boost acceleration from standstill and get a very smooth throttle response. The maximum power that can reach this bike is 87 kW at 5,500 rpm (117 hp), get 167 Nm of torque from just 4,000 rpm. Nevertheless, thanks to its silent twin, engine will only a soft murmur. In addition, the brakes have ABS system as standard, allowing safe braking on slippery conditions.

As for design, the Honda Gold Wing F6C has a muscular image and compact aesthetic. This custom style is enhanced by the unique visibility that provides the complete LED lighting from the headlight, taillight, running lights and even turn signals.

The new Gold Wing of the Japanese firm is available in black and Bordeaux red metallic colors for a price of €23.699.