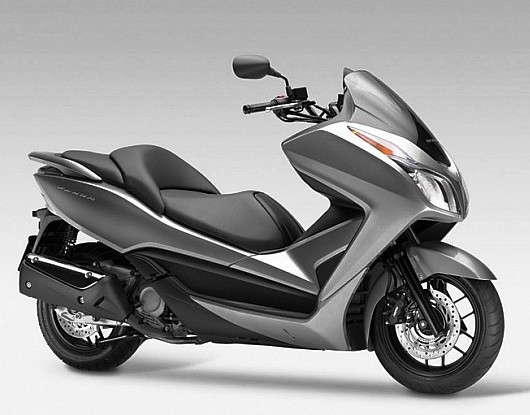 The new Honda NSS300 Forza increases its engine capacity up to 300cc increasing its comfort and road capacity while maintaining its elegant sporty style. The new NSS300 Forza has been unveiled at the Milan, along with the other new Honda. Its new 279cc engine which comes largely from SH300i provides 24 hp power. Thus achieved a considerable improvement over the previous model, it replaces the 249 cc.

With a very low consumption, 3.24 l/100km, as has become common in recent Honda models, autonomy reaches up to 354 km, which together with the improvements in the seats, both passenger and driver protection and a better aerodynamics optimized its slope road.

Details like the two front glove generous size, 12V outlet, or passenger footrest fold, make the 300 Forza a practical scooter, while its chassis, brakes and engine permit cheerful driving. The C-ABS is available as an option.

Other significant changes are found in the disappearance of the V-Matic transmission. And in the increase the space under the seat box to save two helmets.