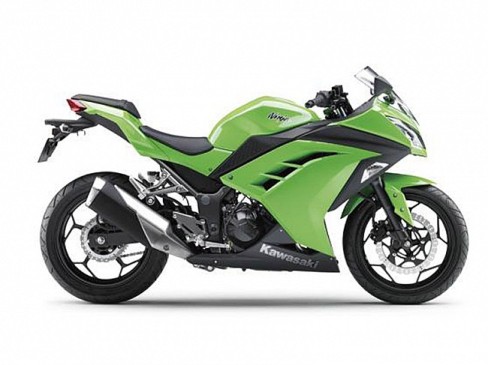 With falling sales in Europe, the Asian market has become the target of major brands but with low and medium models displacements, as the new Kawasaki Ninja 250R for 2013, with new engine and new design. The Kawasaki Ninja 250R will be ready next launch in 2013 for the Asian market where the average cilinadrada bikes are preferred by users. The model will be presented in the autumn, is a modern reinterpretation of the latest generation of the Kawasaki 250R, but with many details reminiscent of the ZX-10R.

The changes can be seen with a new seat, tank, fairing panels and dome, and a new instrument panel design and a rear tire now thicker, up to 140 mm.

The arrival on the market of the two and a half of the Honda CBR250R has been planted face to the model of Kawasaki, and the rumor that KTM is preparing a model for the United States, has caused among other developments have included a new parallel twin engine with some revised pistons and cylinders to provide a better pair, at low speeds, a new chassis and suspensions.