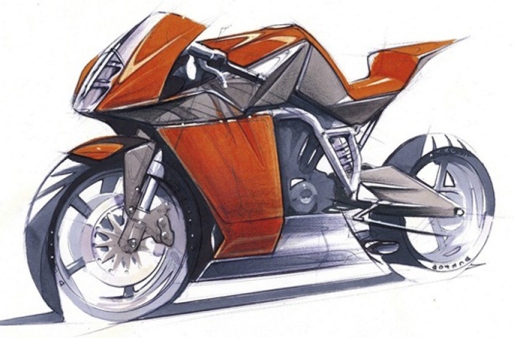 The president of the Orange brand has confirmed in an interview who are also working on an intermediate model of 250 cc and that Husqvarna will continue to exist as a separate brand. The president of KTM, Stefan Pierer, has confirmed in an interview that there will be versions RC supersport for 2014, starting from the current platform of the Duke. In addition to the RC125, RC200 and RC390, Pierer has also ensured that the brand is working on an intermediate model between the 200 and the 390, probably the RC250, the result of its collaboration with the Indian Bajaj.

KTM expects to introduce the three models in the next edition of the EICMA in Milan later this year to begin marketing the RC390 in early 2014. The RC125 and RC200 arrive a little later, probably in April. Pierer also assumed that the design of the KTM RC390 will be inspired more by the Moto3 machine in the RC8.

About Husqvarna…
In the same interview, Pierer has provided some details of the acquisition of Husqvarna to BMW, and confirmed that the brand will continue to exist as separate. The commonalities with Husaberg to deepen the Scandinavian roots of both brands, and offer through the same distribution channels as clearly separated from KTM product.

The first Husqvarna actions will strengthen its range of enduro and motocross in addition to reassemble two-stroke engines. Also Pierer has confirmed that more models will be manufactured on-road, although the production of the Nuda 900 immediately cease since riding a BMW engine. In the medium term, KTM will be part of the production of Husqvarna to India by collaborating with Bajaj.