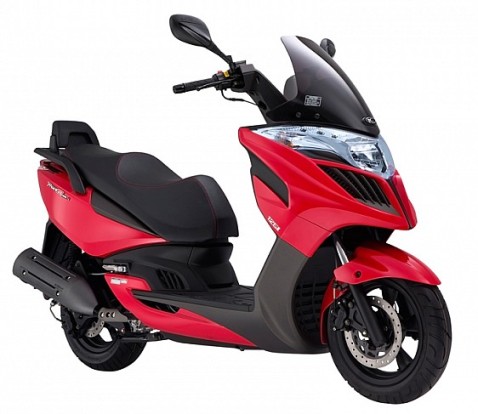 The Taiwanese firm is betting strong by the GT scooter in double displacement: 125 and 300 cc. Good proof of this is the renewal of the Yager GT, to be launched in May and also joins the new K-XCT and the bestseller Super Dink. A new member makes entry into the Kymco range. Yager GT actually not new that already existed has been remodeled from head to toe. And that’s not all, add a version with 300 cc engine unpublished until now.

The Yager GT scooter is a small and supermini. Esthetics has completely changed, new plastics and optical displays, but keeps the essence of the previous model. Also new is its instrument panel with a multifunction digital display with very good visibility.

In the frames which have been applied in Kymco technology called dual structure, which has given very good results in terms of rigidity and driving stability. The suspensions are brand new and contribute to the good dynamic behavior of this small GT.

The version with 300 cc engine is new, so far has been a model that has only been offered in 125 cc. Both engines are derived from the already known from other models such as the K-XCT and Super Dink, with electronic injection and considering low emissions future Euro4 regulations.