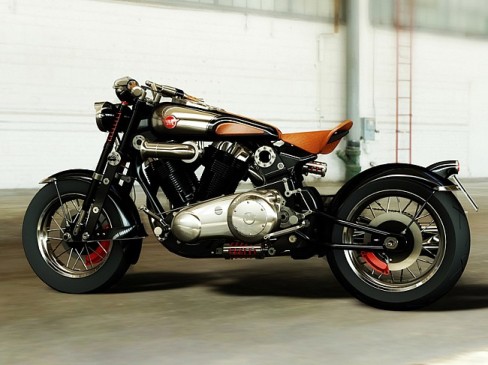 Nearly half a century after it seemed his last breath, the British firm Matchless returns to come alive through the efforts of the family Malenotti, which in 2012 acquired the rights to the brand and since then has been working on the image of the same launching even a range of clothes for street with Kate Moss and Ariadna Artiles as muses.

After this first step, the brand that was founded in 1878 as the bicycle manufacturer and began production of motorcycles in 1899, was right around Matchless and this comes with the introduction of the new 2015 Model X Reloaded,a model with a retro cut but with lines contemporary that was inspired by one of the emblems of the brand, 1929 Model X Reloaded.

The new model, which will be presented at the EICMA in Milan, will have an V-Twin S&S engine nothing less than 1,916 cc and air cooled. The expected performance of this device is around 100 hp and no less than 150 Nm torque.

One of the striking points is the individually adjustable seat, which will regulate at a height of between 740 to 800 mm. Also visually highlights Borrani wheels, for 130/90 R16 and 200/55 R17 tires and brakes, mono album will feature 12-piston calipers in the front wheel and 6 on the back.

The return to life of Matchless is a reality, but under what is seen in the first images of the 2015 Model X Reloaded which are a recreation by computer, it will be a unique brand and out of reach of most mortals.