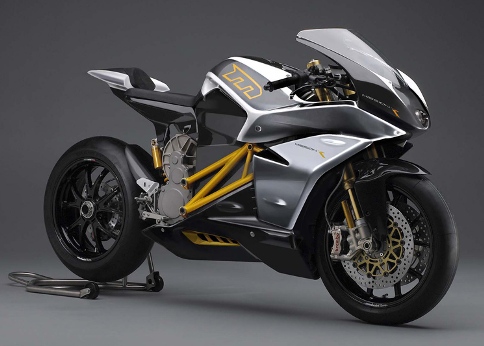 The U.S. Company hopes to deliver the first units of the Mission R in mid-2014. Its performance level equals a 600 cc petrol engine. It is in the United States where most seriously are taking the development of electric vehicles, in addition to not emit gaseous pollutants, are able to match in benefits to petrol vehicles. Mission Motorcycles is proposed, in this sense, be for the sector of the two wheels was same as Tesla in automobiles, a new sports reference.

In the plans of the American company is launching the Mission R, a true superbike with a three phase electric motor with an output of 160 HP water cooled and mated to a transmission of a single speed able to match in performance to sport intermediate gasoline.

It can accelerate from 0-100 km/h in about three seconds; its top speed is above the 240 km/h, and autonomy in real traffic conditions ranging from 164 to 225 miles depending on the pack battery to equip. There are three available: the most powerful 17 kWh, a second of 15 kWh with a range of 193 kilometers and the youngest of 12 kWh.

Most of the Mission R components are shared with the Mission RS Special Edition, including the “Quad-Elemental” chassis. The most significant differences compared to its older sister lie in the quality of the components. The Mission R assembles equipment RT Ohlins suspension, Brembo M430 brakes and Marchesini aluminum wheels.

Another notable development announcing the Mission R is a level of connectivity that surpasses anything seen to date on jet production with an integrated system that operates over the Internet and can function as browser, HD camera and permanent telemetry equipment.