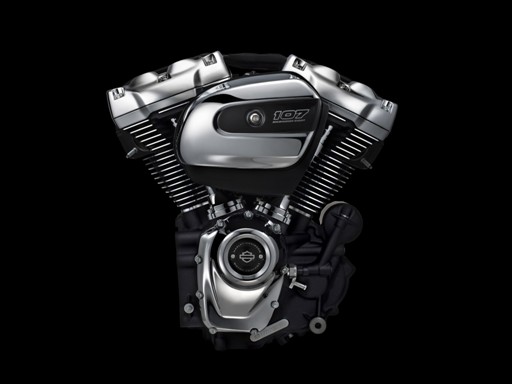 Harley-Davidson is not given to many mechanical innovations with the step of the years in its models, that’s why it is remarkable the new engine Milwaukee-Eight that will enjoy all models touring of the American house from their 2015 versions. This includes the Road King and different versions Glide (Street, Road or Ultra). This new block is manufactured from scratch, so it is the ninth V-Twin engine of high displacement in the history of the brand. It comes with four valves (lighter) per cylinder, greater compression efficiency in terms of management and heat from less vibration.

Harley-Davidson ensures that the engine torque has increased by 10% and fuel consumption has been reduced by 11% compared to its predecessor. That means that you take two or three bikes differentiates to a 2016 Touring in the 0 to 100 km/h and one or two bikes difference between 80 and 120 km/h with a high gear engaged.

The production of this new engine has also forced the revision of the exhaust system, so that the sound it achieved is more refined in any regime. Finally, the efficiency of the engine allows increases the load capacity of the accessories 50%, very important in this kind of bike traveling.

New suspensions
The other novelty for the Touring range is the arrival of a new set of suspensions, including a new fork Showa SDBV lighter and linear behavior. In the rear axis the preload capacity has increased between 15 and 30%, including a hydraulic control for easy adjustment.

No doubt two major changes that will serve for many to decide at the time of renew their Harley traveling.