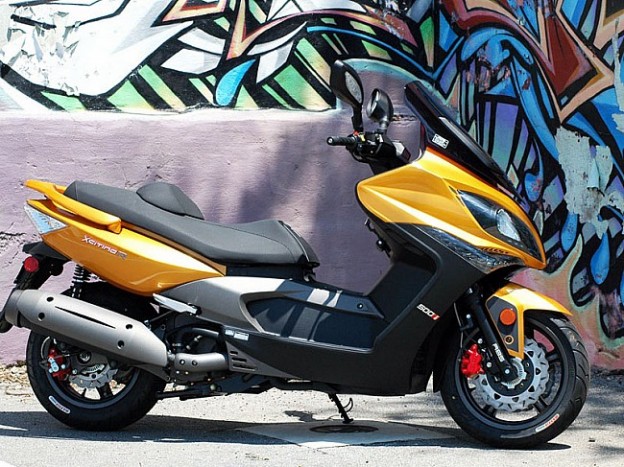 Kymco USA has announced the launch of three new products for the coming year. Now, it will be only confirm which reach the European market. The Compagno 50i and Compagno 110 have a classic design that resembles the Vespa throughout life. The 50i version is air cooled and mounted a three-valve injection engine, while the 110 is four valves. Both have space under the seat, fuel gauge and digital clock. The weight reaches 86 kilos. The scooter will be priced at $2,599 (2,100 euros) and will be available in black or white, while the 110 will cost $2,999 (2,400 euros) and will be offered in blue or brown.