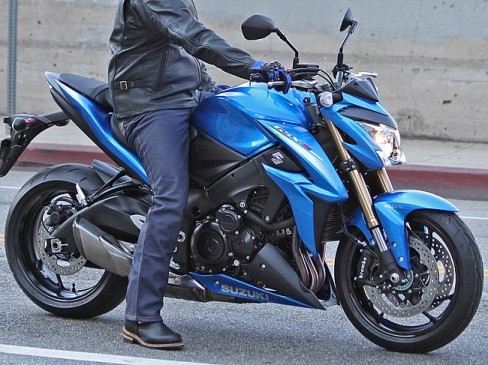 Autoevolution posted some photos of what will be the main innovation of the Japanese firm for next year. The new maxi-naked Hamamatsu streetfighter build on the base of the GSX-R1000 known to stand up to its competition. After the rumors and speculation in recent months, we can finally discover what the Suzuki next sports naked is, a model that comes to stand up to the latest batch of streetfighters, fashion segment. From the Suzuki B-King 1300 (from 2,007 to 2,012) with Hayabusa engine, the Hamamatsu firm launched not really a muscle-bike, although the GSR750 showered the most logical and balanced forward demanded by most users. Thus, the new model will use twin-spar aluminum frame, swingarm and contributor to the GSX-R 1000, like Brembo radial calipers. A priori could it reach 180 hp?, thus following the trend imposed by the Kawasaki Z1000, KTM 1290 Super Duke R, Ducati Monster 1200, BMW S1000R, Aprilia Tuono and Triumph Speed Triple R among others.

The design is reminiscent of the Honda CB1000R, although most vitamin and without swingarm, of course. Surely this equip traction control model, driving modes and ABS (as reflected front fender sticker) technology derived of the GSX-R family.