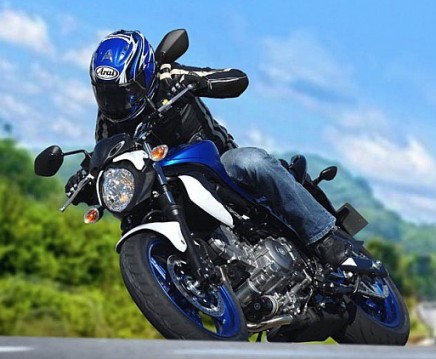 For a limited time, Suzuki is launching a price reduction of its 650 cc two-cylinder naked, Suzuki Gladius. From now cost stands at €5,599, the base version, and €6199 in the version with ABS. Suzuki continues with promotions and discounts on their bikes for the summer. This time is the Suzuki Gladius 650 which lowers its value. The price is reduced to €5,599 in the basic model and € 6,199 in the case of ABS. In both cases, the Japanese firm, Furthermore, includes free a limitation of 35kw switchboard.

The Suzuki Gladius 650 is equipped with a twin engine, heir to the model Suzuki SV 650, which provides enough power for optimum performance in both city and highway driving.

Versatility, beauty and care details are the main characteristics of a motorcycle, compatible with the A2 card, which is currently available in a range of colors that combine tires, chassis and fuel tank, both in its black/red/grey version, as in its blue/black/white, or only in black.