Suzuki present the Inazuma S at the Shanghai Motor Show 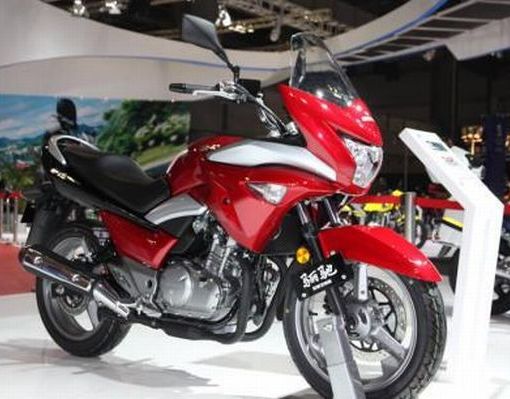 Suzuki present the Inazuma S at the Shanghai Motor Show

The main difference from the standard Suzuki Inazuma GW250 presented at the end of last year will be the adoption of a semi-fairing that gives it a more sporty, in addition to enhancing its tourist aspect. The most important of Suzuki Motor in Shanghai (opened its doors on April 20) with respect to the catalog of two wheels is the S version of the Inazuma, known in most international markets as GW250 and that here in first test of the official presentation.

The Suzuki GW250S will be produced as its sister in China through a joint venture with Changzhou Haojue Suzuki Motorcycle Co. LTD., and according to officials of the Japanese brand will be distributed not only in China but also in Japan, United States and Europe.

The main difference of the GW250S with the Inazuma conventional is the semi dome that gives it a sportier image in addition to better protects the driver in driving by expressways. For the rest, the proposal remains the same: an economical, reliable, simple and low cost but with a big bike design.

The Suzuki Inazuma mechanical configuration relies on 250cc parallel twin cylinder water cooled, with Mikuni electronic injection, 24 hp at 8,500 rpm, 22 Nm of torque at 6,500 rpm and balance shaft to reduce vibration. It costs €3899 does not mean that is at odds with technology. It has “gadgets” typical Suzuki as ISC valve idle control (helps a lot to soften the response when downshifting) and PAIR system (redirects outside air into the exhaust valves to burn more gas and pollute less).