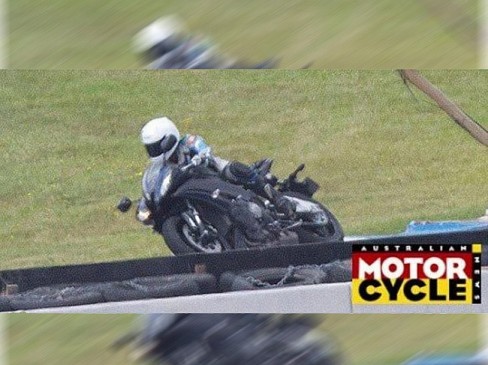 The Australian partners of Motorcycle News have hunted, and never rather, which clearly seems to be the evolution of the Yamaha R1. It has long been assumed that the 1000 Japanese firm would change for 2015 and this seems to confirm that soon we will know a new “superbike”. In 2012, the Yamaha R1 received a package of improvements that although represented a step forward, were unable to stop the force with which they reached early in the decade, BMW S1000RR, Kawasaki ZX10R or after Aprilia RSV4. Later, the emergence of the Ducati Panigale, did fall further to the Yamaha R1 and more so in the tracks, which have monopolized the first successes in recent years.

As is the case with Honda or Suzuki, in Yamaha should make a move if they want to return to the place they have always been, and reference for the sector and for this reason that Yamaha is working on a model that will see the light at the end of year in one of the multiple international lounges.

However Australian Motorcycle News Australia has leaked some pictures where you can see how the new model of the signing of the forks already is rolling, specifically on the path of Eastern Creek. At first sight you can see a substantial change in the design, which is closer to the current R6 that the old R1. The air inlets, as is trend, become front and exhausts seem to have disappeared from the tail, which was a hallmark of the current R1, but that is a higher center of gravity.

Apparently the concept of the “Crossplane” engine with four cylinders (discarding thus the rumors about the use of three) remain in force, even after a severe update would be around 230 bhp in the more racing version, a decision intended primarily on competition and regulation in the new WSBK will prevent substantial changes to the bikes it competes.

As is now standard, entire electronic management system will also improve over its predecessor.