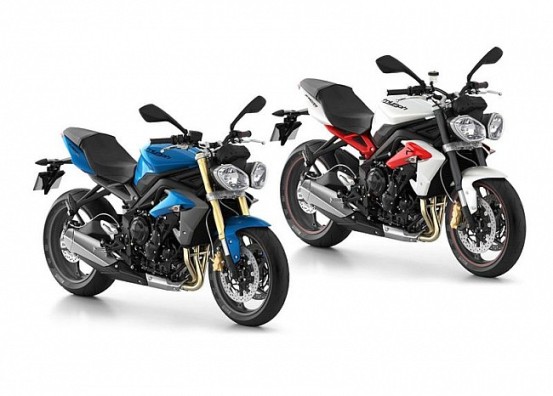 The Triumph Street Triple is, since its launch in 2007, a leader among the next generation sports naked. Two years later came the R version, with better suspension and brakes, to later upgrade to a first restyling which struck replacing its round headlights characteristic of other pentagonal. The power of the basic version is also lowered to 95 HP to install the A2 card kit.

Since then, the name Street Triple has proven to be the most desirable motorcycle among users of machines “without fairing supersport”, and one of the spearheads of the British brand.