Viking Concept: a custom result from the union of Lego and Fisker 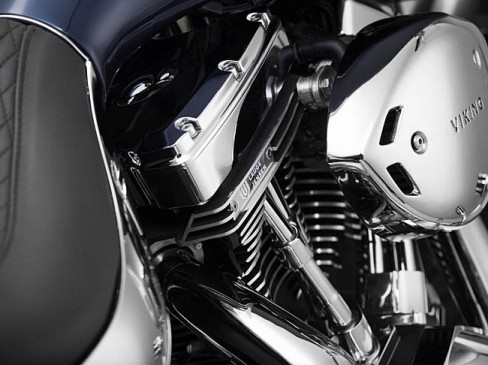 Viking Concept: a custom result from the union of Lego and Fisker

The last heir of the LEGO, Anders Kirk Johansen family, and renowned car designer Henrik Fisker have joined their talents to create the Viking: a Danish custom of 100 hp and unique design. The last weekend of luxury at the Top Marques Monaco’s show could see the end product of the union of two of the most important Danish creative minds at the moment, Johansen and Fisker. The result is the Viking Concept, a motorcycle designed by Fisker, author of creations like the Aston Martin DB9 and the BMW Z8, which manages to keep the classic look of a cruiser but with flowing lines and creating a transparent effect.

The Danish manufacturer of motorcycles Lauge Jensen, owned by Johansen, is the firm that has developed this prototype that, in future, could be produced in series.

The Viking has an engine that was built in the state of Wisconsin in the U.S. and has been modified to achieve a great performance. The changes have allowed the engine produces a power of 100 hp, which is able to overcome the 200 km/h speed. It is also the first motorcycle of its kind that complies with the new objectives of regulation of emissions (Euro IV) which took effect in 2016 and will be much more demanding than those that currently exist.