Yamaha launches in Indonesia the new MT-25, which could reach Europe as MT-03 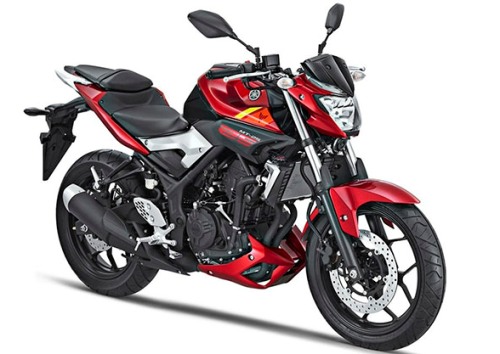 Yamaha launches in Indonesia the new MT-25, which could reach Europe as MT-03

Yamaha has officially launched its new naked of average capacity in Indonesia. This is the new MT-25, a model based on the R-25 sport that is now available in Asia at a price of 46 million rupee, about 3000 euro to change. The truth is that the Japanese brand has followed a simple formula to develop the MT-25: stripping a R-25 placing a headlight of modern and functional style, along with a keel to protect the engine and a reservoir something sharper, with the elongated side to cover up the lack of fairing.

At the mechanical level, using the same two-cylinder engine and 249cc of the R-25, with 35.5 horsepower at 12,000 rpm associated with a six-speed gearbox. The chassis is of tubular steel type with a structure similar to a double girder with a total dry weight of 165 kilos. The conventional front fork has a distance of 130 mm, while the brake system is formed by a single front 298mm disc bitten by a conventional two-piston caliper. The rear disc is 220 mm with single piston caliper.