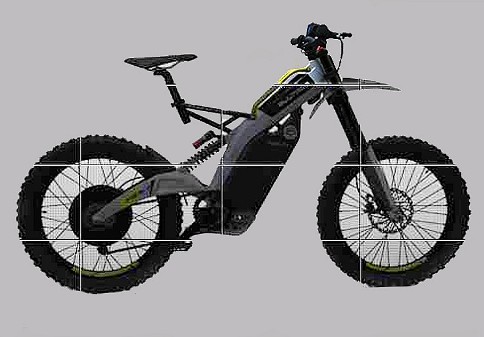 Seven months after the return of the legendary Spanish firm, Bultaco surprised with the new leap, halfway between an off-road bike and a mountain bike with electric motor. Although present in society last May with the two versions of the Rapitan, new brand managers already had clear that its first motorcycle market this new stage would be another. Bultaco chose to skip name for its new product, a lightweight e-bike with electric motor and that promises to be fun to drive.

It is not a new denomination, since the Bultaco Brinco existed in the seventies, in the success of the brand created by Don Paco Bulto. Halfway between a mountain bike and light off-road bike, the concept is not new, as are several manufacturers who are interested in this type of leisure vehicles.

The new 2015 Bultaco Brinco has a 2.5 kw electric motor and a removable battery (in 15 seconds, as advertised) that can be recharged at home in two hours. Although many details are not known, since the official launch is not until next week, it will have an instant torque of 60 Nm. Its throttle and pedals and power transferred to the rear wheel via chain.

The brakes are disc, hydraulic type used by mountain bike and not without, of course, full suspension. Front carries an adjustable inverted fork and an adjustable Monoshock anchored directly to the swingarm, without rods. The weight of the assembly, in the absence of official specifications, will be around 35 kilo.