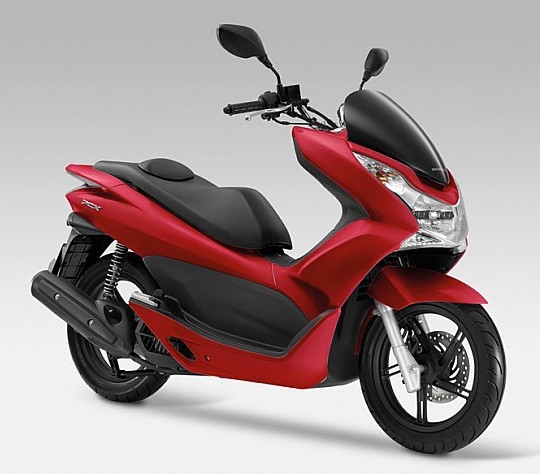 The successful PCX scooter gets a new engine, ESP with low friction technology, further reducing consumption and CO2 emissions while slightly improving performance. Until end of the year, in promotion for 2569 euros and free AXA insurance. The PCX is undoubtedly a great success by Honda. As a sales leader in most European markets. Its ease of use, affordable price, low maintenance and the use of Stop & Go technology have been decisive factors to reach this privileged situation.

To maintain its good adaptation Honda has not conformed with changing a pair of plastics, which also has done, but it has not yet decided to install new engine ESP (Enhanced Smart Power) with low friction technology also incorporates the new SH 125. This engine further reduces fuel consumption and CO2 emissions, while improving performance slightly above the propeller.

According to the data sheet provided by Honda on new PCX sees increased its power of 11.32 passes CV to 11.69 CV to 8,000 rpm and torque increases 11.56 Nm to 12 Nm at 6,000 rpm. At first glance it looks great improvements but not when you consider that these are associated with lower consumption and fewer emissions, in addition to improved response. Clearly this is a big step forward by Honda.

To accommodate this new propellant points have been modified as the wheelbase, which grows 10 mm, and advancement of passing from 85 to 86 mm. As also its stability is improved.

The fuel tank capacity is reduced, from 6.2 liters is passed to the 5.9 liters, but as also has optimized its already if low consumption its autonomy is not reduced.

The weight has risen 3.5 kilos and now is 128 kilos in running order.