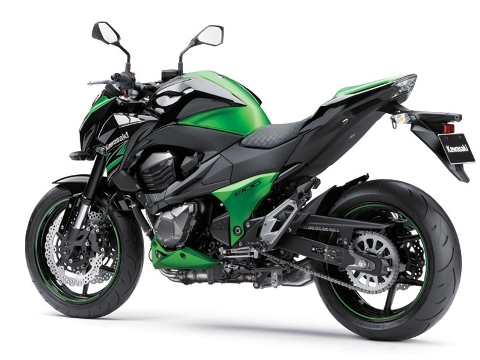 Kawasaki has confirmed the launch of its new sports naked media, the Z800, which will replace the sales leader Z750, after five years on the market. Kawasaki has confirmed what many rumors been announced, the Z750 will substitute the next year with the new Z800. Although there are not many details of this new model, is already known by the obvious from its name that the new Z will be even fatter in terms of engines, it has grown in 58cc.

Its slight increase is designed to improve engine torque and its behavior, but we fear that not many will be aimed at increasing the power of its predecessor with 106 hp. The reason seems obvious, the idea is that the bike does not exceed the number of two digits (95 HP) with the intention to offer newcomers to A2 card, which as you know are limited to 48 hp.

A new chassis and a completely revised design will be other attractions of the new model, and other filtered from Thailand. With this change, very successful for its aggressiveness and incredible appearance. Good price, equipment at the highest level and are passionate aesthetic ingredients that Japanese factory aims to spice up the stew that is prepared with this muscle-naked.