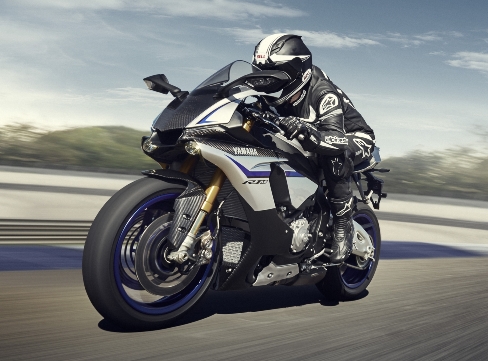 The Nissan GT-R R35 is known worldwide for its excellent traction on the exits from standstill. Its 3.8 V6 turbo engine of 550 horsepower coupled with its six-speed automatic transmission and all-wheel drive allow it to reach 100 km/h in less than 3 seconds, completing kilometer from standstill in just 20.4 seconds at a speed of 258 km/h. If we also played its electronics and put some sweets, we have as a result a 750 HP GT-R R35 bestial. its opponent this time is the new 2015 Yamaha YZF-R1M, the best street superbike ever built by the Japanese brand. A spectacular sport with four-cylinder engine, 200 horsepower, and Ohlins Electronic Racing Suspension (ERS) system that constantly monitors the movements made by the bike in three dimensions thanks to its 6-axis IMU unit, real-time adjusting values compression and rebound of the fork and rear shock.

The 2015 R1M also differs from the standard version by its carbon fiber fairing together with the front fender and rear seat tail.

Logically a highway is not the best place to test such beast, but it is interesting to see its acceleration against a well-armed GT-R R35.