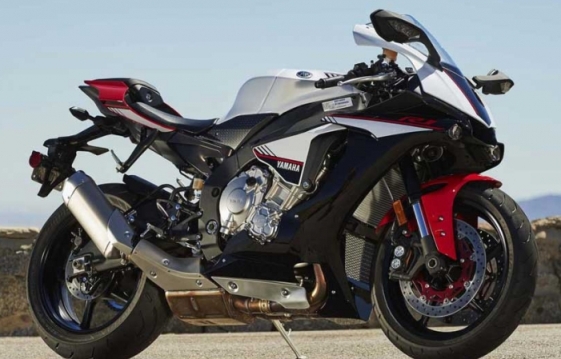 Yamaha has also confirmed the rumors with the staging of the third version of the YZF-R1, a bike that still “smells new”. The objective of the Japanese brand has been reaching a wider audience and that it can be used in most situations this 2016 Yamaha YZF-R1S. Another point that makes it a more accessible bike is its price, $1,500 cheaper than the normal version in the United States, where it has been disclosed. It is not yet confirmed to reach Europe, but it seems that yes it will, which would save the change of roughly 1,000 euro. The formula to reduce its price has been to eliminate some of the exotic materials used in the engine, such as magnesium lids and rims, and titanium connecting rods and exhaust manifolds. With the change of material, the weight of the R1S rises by just over four kilos.

Changes also affect the performance of Crossplane engine, which loses power and anticipates the power cut. The interesting part is that it remains unchanged excellent chassis that we have tested in 2015 R1 and full electronics package that manages the engine and supports. Traction control, sliding, launches the anti-wheelie and engine modes will help to dominate this excellent sport. They were not disclosed yet which will be its maximum power figures and where will be placed the red line, but will certainly be a cheaper and suitable for road bike.

The decorations that have come to light are matte grey and white/red/black. We will have to wait for Yamaha news on this model, but for those who do not need the highest performance in circuit and want a sports generation can be an interesting model. The range is completed with the standard YZF-R1 and the YZF-R1M version, designed for equipment, electronics and suspensions for use in racing.