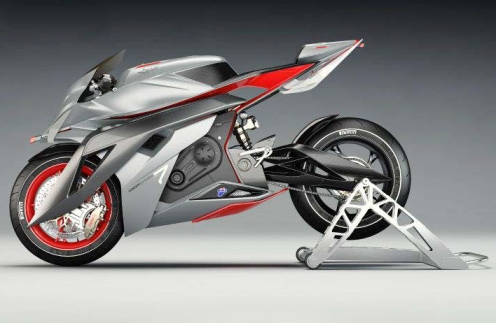 The Team Alstare has celebrated in style its return to the World Superbike Championship with the presentation of Alstare Superbike Concept, a prototype that spectacular, at least for now, no more than the 3D representation of a dream. The Belgian team that is responsible for the Ducati 1199 Panigale R of Carlos Checa and Ayrton Badovini in the SBK World, the prototype has been developed over the past two years. This has had the help of also Belgian Rusak Kreaktive DesignWorks, while the 3D was awarded in the Tryptik Studio.

Although for now it is a graphical representation does not mean that the Team Alstare not proposes someday lead to the production of the Alstare Superbike Concept. The Belgian company is considering potential partners willing to bring the project to reality.

The Team Alstare Superbike Concept is a serious approach to the first production bike of Team Alstare. The Belgians have dared even in a variant Replica Carlos Checa, inherited decorated of the World Superbike.

For now, the technical proposal is really surprising, architecture of daring construction, which assumes that the carbon fiber would play a central role. Like any good idea, the operation of certain parts of the bike is a bit in the air, though aesthetically impressive at first glance.