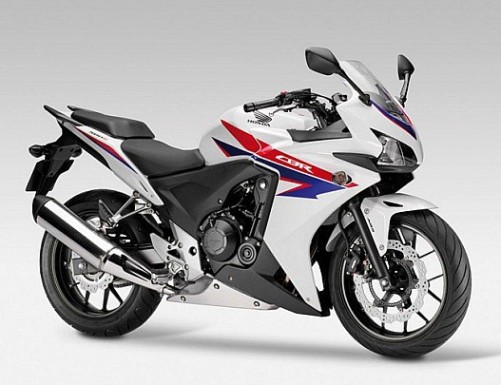 The new Honda CBR500R incorporates a twin engine of 48 hp and ABS as standard. It appears as a very interesting option for A2 license holders and for those who want to start in sports driving. Following the policy of Honda modular manufacturing of its latest models: NC 700S, 700X and Integra, the CBR500R engine and shared much of its components with two models: the naked CB500F and CB500X.

Its engine is new two cylinder parallel water cooled and fed by electronic fuel injection, which by its 48 horsepower and its pleasant power delivery is ideal for A2 license holders. Maintain a low consumption according to the latest Honda models.

Its design is inspired by its older sister, although as is normal equipped components simpler than the Fireblade, in order to offer a competitive final price. Still does not hesitate to offer the ABS braking system as standard.

Both its power and its size is new CBR500R looks set to be one of the so-called school models, which is very useful for those who want to start in the driving of a sport without having to suffer the risks that entails be novice on a motorcycle over 100 hp.