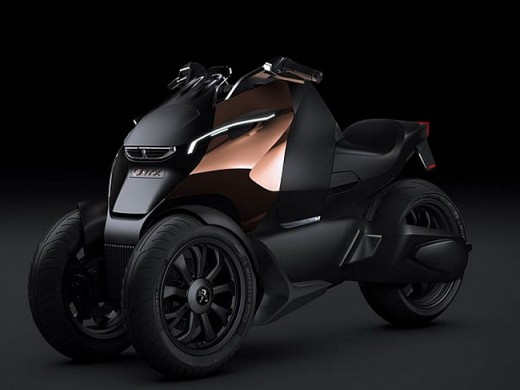 Peugeot has designed a prototype three-wheeled scooter that could become a sportier model. Puegeot presented at the next Paris Motor Show, a new concept scooter, the Onyx Supertrike. Although currently only a design, presents some interesting features. With two wheels at the front and one in the rear is similar to the Piaggio MP3. However, the Onyx has a hump in the middle to convert to a sportier model.

With the installed hump driver would tilt and support the feet on the back footrests like a sport bike, whereas when withdrawal is conducted as any scooter market.

In addition it would be a hybrid model, with a 400 cc of internal combustion engine and 45W electric engine and would have an estimated consumption of 2 liters per 100 km.