Peugeot presents its Metropolis 400 at EICMA 2012 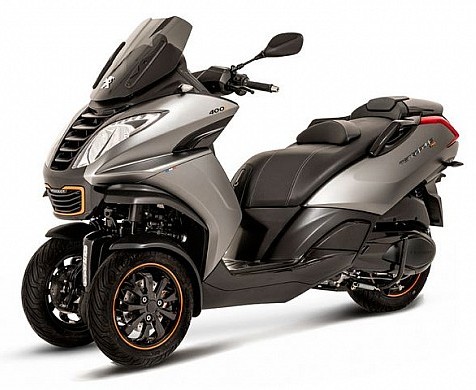 Peugeot presents its Metropolis 400 at EICMA 2012

The French firm has filed all its army in Milan 2013, especially, the two versions of its new 3-wheel scooter: the standard Metropolis and the RS. Peugeot increases its range of scooters (more than 20 models) with two new additions in the universe of three-wheel models. In Metropolis, the French firm joins manufacturers like Piaggio, Gilera, Quadro or Adiva, which also have vehicles of this type.

DRL (Daytime Running Lamp) Technology and LED:
A strip of five powerful LED lights in a vertical arrangement is housed in the front of the bike, right between the two front wheels.

Electronic key (Smart Key):
Using this command, inherited from the world of cars, it acts by proximity. The command recognizes the driver in a radius of meter and a half cm. Simply unlock the steering, turn the knob that replaces the contact and press the START button.

Large Trunk:
In line with the Satelis, the Metropolis has space under the seat connected to the back of the scooter through a gate (lit). Your drive allows you to host a full helmet and a jet.

Electric Parking Brake:
Derived from the car and placed in the center of the handle, is easily accessible and can be activated by a simple finger pressure.

Motor:
The mechanical that drives the Metropolis lies in a new cylinder 400 cc injection (LFE) and 37hp. Its performance allows you to reach the 150 km/h.

Instrumentation with multi-information display:
Derived from using the Satelis, it has all the necessary information including the pressure of the tires as well as the average consumption, minimum and estimated range. The panel is prepared for placing a GPS.