Vertigo, the new dirt bike from the hand of Doug Lampkin 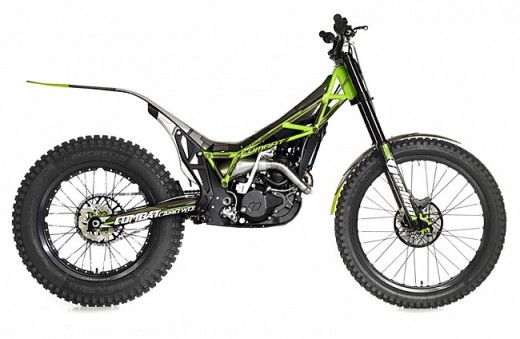 Vertigo, the new dirt bike from the hand of Doug Lampkin

There comes a new dirt bikes brand, born in Spain and provided with new solutions. The champion Doug Lampkin has been in charge of developing and already preparing his offense for the 2015 season. Vertigo is born from the hand of Manel Jane and a group of people with a passion for the trial who have made this project possible. No media has been spared for the new Vertigo Combat can be part of the most advanced offering in the sport. Its first bike, presented at EICMA 2014, comes in two versions, called Combat and Ice Hell.

Its engine is a two-stroke 300 cc powered by injection, solution that has already been tested in recent years by Ossa. It also has four different maps to vary the response, but the novelty is that these options are programmable in each gear of the gearbox, which is six relationships. The stated power is 31 horses at a maximum speed of 9,200 rpm.

The 2.7 liter fuel tank is located in central position, below the “seat” of the bike. With this design, the air filter housing has passed the usual place of the fuel tank, with the distribution of mass and center of gravity has been improved.

Multitubular chassis is steel, while the engine covers are made of magnesium. The suspensions are entrusted to Reiger adjustable rear shock for the front fork. The weight is 66 kilos to Combat and 63 kilos for the Ice Hell.

The brand has not yet announced sales prices, but they are working to premiere next season in competition, with a pointer pilot who is yet to be confirmed. There is talk of the British James Dabill, but among the options Vertigo there are also Spanish riders.