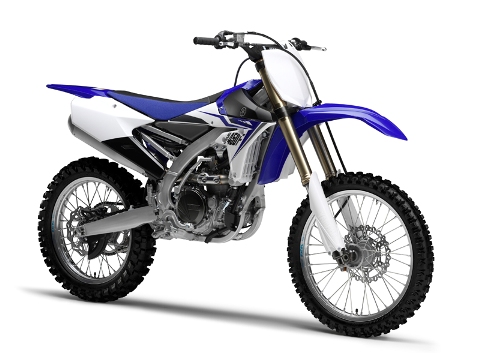 Japan’s strong commitment to end their two-stroke motocross bikes for next year and updates 4T models with small details in order to gain competitiveness. Among the flurry of off-road news we are getting these days, Yamaha has unveiled what will be their ranges YZ and YZ-F for the 2015 season. Few changes in regard to machines with engines of valves and a greater focus on its two-stroke models, which inherit solutions already tested in the different international championships.

The 2T range, represented by the YZ125 and YZ250 received some components already experienced in the YZ-F, as the front and rear suspension, with the dumb adapted to each version. The decor of course has been modified and now extends adhesives on the fuel tank. The side plates are narrower and the front and rear fenders are different with respect to the 2014 version. Also the footrests have been modified to give more width and design change rear disc guard and front caliper brake. As for the YZ250F and YZ450F, improvements have led to programming of ignition and injection for better engine response. After a major renovation in 2014, the new version does not vary substantially for next year and keeps the cap of the fuel tank hidden and previous decoration. As an option, all 2015 models feature a racing kit developed by Yamaha Rinaldi (YRRD) with different special parts in engine and ignition.