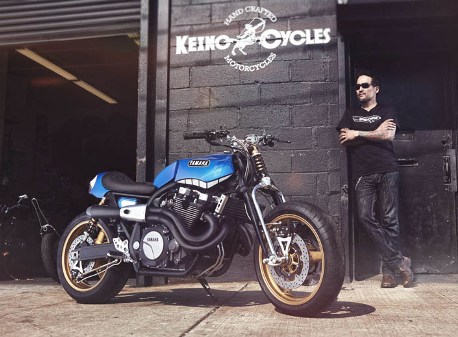 The ninth Yamaha preparation of the series “YARD Built” is a reality. AIn the heart of the city of New York and after five months of hard work, the Japanese customizer Keinosuke “Keino” Sasaki has unveiled its project based XJR1300. In March already knew that Keino brought something between hands since Yamaha had entrusted a XJR1300 from street to the Customize to its taste. The idea was to create a new project to expand the family YARD Built and give continuity to the proposed Wrenchmonkees and Deus Ex Machina for this model.

The Japanese Customizer, whose workshop is located in Brooklyn (New York), was designed to work with Yamaha, especially because in the beginning as a draftsman, his first drawings were transformations of the Yamaha 650 from his father. Since then, Keino felt something special for Yamaha and now was the time to implement it in a project as a result gives us a unique creation.