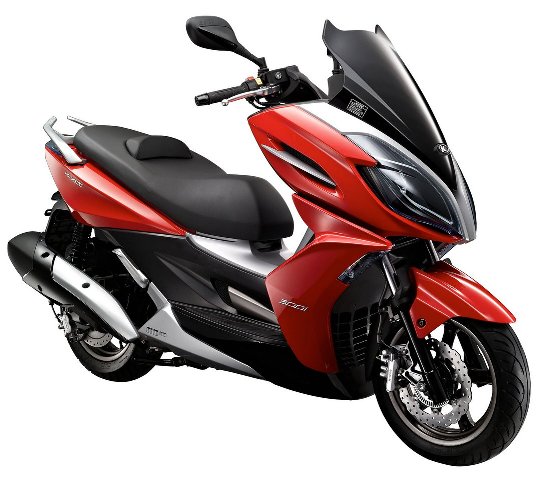 The Taiwanese manufacturer’s new model is based on the successful Super Dink 300, but showing as a more sporty and youthful than its brother GT. It equip the same water-cooled single cylinder engine, but with 30 hp. KYMCO has given a twist to its Super Dink 300, introducing a second version called K-XCT. But it is not the same dog with a different collar, but that the engineers have worked for, not only does it have a new aesthetics, but is also safe and convenient.

It has reduced the length of the frame, shortening the wheelbase to improve agility. The new geometries get that win and handling precision. As is usual in the mark, the ABS signed by Bosch will be optional.

The engine is the same as the Super Dink 300i, but suitably updated. The piston weighs less, has redesigned the crankshaft, mounted the new automatic CVT variator brand, while maintaining the automatic decompressor and Keihin electronic fuel injection system.

Other aspects are greatly improved its front lighting system (H7 bulbs and leds DRL that improve the vision of day) and a digital display multi-information center. It also includes power outlet 12V in the left glove, and under seat capacity of 40.7 liters with a full-face helmet and small objects and front brake caliper 6 piston.