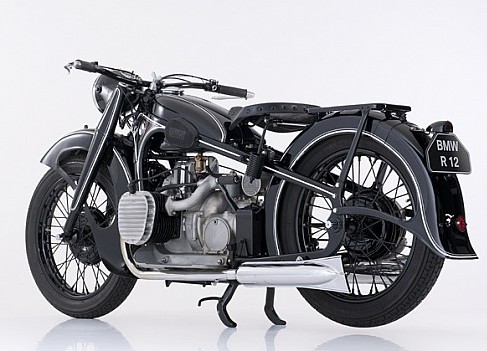 Go for a walk through the history of the motorcycle division of Bayerische Motoren Werke, a brand whose sentimental bond with the air-cooled boxer engine has not stopped them making almost everything else. That urban mobility is the next challenge for BMW Motorrad evidenced by its latest moves. The presentation, first, scooters C 600 Sport and C 650 GT and the recent agreement with India’s TVS Motor Company to manufacture motorcycles below 500 cc.

But if there is a hallmark of the BMW feels almost romantically linked are the opposite cylinder engines, which are just the beginning of a story that began 90 years ago with the introduction of the BMW R 32 at the Berlin Motor Show. The bike developed by Max Friz team in a few weeks was based engine of 494 cc air-cooled, a configuration that Bayerische Motoren Werke and manufactured for other companies since 1920 … until today.

That initial fixation boxer engines has technical arguments easy to guess, at least with the technology available for almost a century: reducing the center of gravity and perfect cooling of the cylinders. But the BMW R 32 also had other key features in the history of the Bavarian brand. Unlike its competitors, it was developed from a bicycle, but immediately positioned itself as a luxury big bike.

The success of this business of BMW motorcycles was pretty immediate. In 1924 came his first single-cylinder 247 cc and 6.5 hp mounted on the R 39 and just 10 years later, when the sales level was beginning to be quite delicious, the BMW R 12 and R 17, both with a 750cc boxer and for the first time, a telescopic fork front axle.

Much of the success of BMW models, which before World War II amounted to produced 100,000 units, is also explained by a strong commitment to the competition from the beginning. In 1938 for example, Georg “Schorsch” Meier completed much of the successes of his compatriot Ernst Hennewith the first win for a non-British pilot in the Senior TT Isle of Man at the controls of a supercharged BMW.