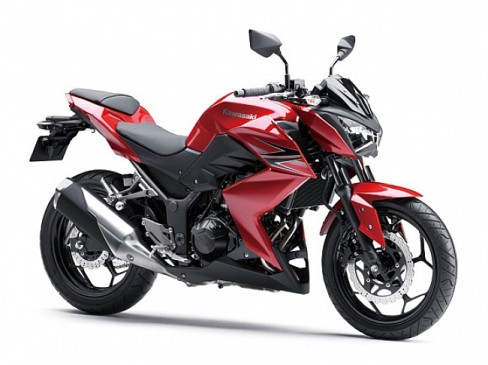 Gradually these are coming news on what will bring the Milan EICMA Motor Show this year. Now it’s the turn of Kawasaki, which has prepared a new small-displacement naked for next year. The new Kawa comes to fighting for a foothold in a market that is getting interesting. Following the presentation of the Suzuki Inazuma, quieter and “daily” and KTM 390 Duke, the sportiest and radical option, the Z300 will be at a midpoint between them, pending further developments in the segment, as the Honda Hornet 250, Aprilia and Yamaha rumored for the category.

Aesthetically, the similarities with the Z800 are obvious, and so forms the lighthouse, its lateral views, pollock or escape appear “scale replicas” of employees in the older sister.