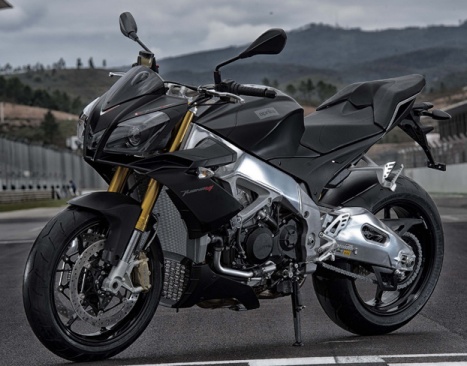 Noale Company has decided to renew its Tuono, one of the most powerful and naked sports of the market. The new ABS system, which comes as standard, other changes are added as new fork, tweaks to the engine and exhaust. The Tuono as we know it, i.e. V4 engine, lots of electronics and the radical aesthetic, dates from 2011 and was born as the naked version of the RSV4 superbike, which is established as one of the most powerful “naked” bikes on the market.

Only two years have passed and the company wanted to update Noale. One of the most significant changes is the new ABS system, highly technological device that not only is to prevent the wheels from blocking, but goes much further. It is a system developed by Bosch that regulates its activities into three predefined levels: Track, Sport and Rain. Each is aimed at different situations and scenarios. Each of the modes operates independently of the engine operating modes.

The new ABS comes with a braking system that can be considered “pata negra” because two front mounted monoblock calipers and radial-mount Brembo M432 two discs of 320mm diameter.

The inverted Sachs fork is new, has 43mm bars and independent regulation of compression and extension, also precharge. Very welcome both for use as road in order to bring out the best in circuit.

The engine also has been subjected to light directed to reduce friction and improve cooling. The electronic management has been revised and the exhaust is also new invoice. These changes make the power increase to 170 hp at 11,500 rpm and 111.5 Nm torque at 9,500 rpm.

Other “minor” changes are redesigning the seat and increased fuel tank capacity of 18.5 liters. At the moment there has been no mention of price, but we will soon know since its launch is expected to be imminent.