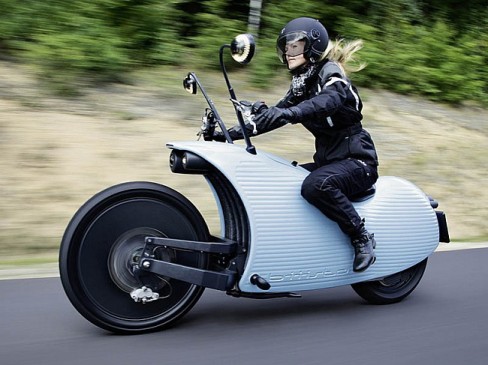 Those more aware motorists with the ambient media and energy efficiency are in luck. A new model electric motorcycle hits the market: Johammer J1, which, with a groundbreaking and daring design, has a range of no less than 200 km. The Johammer J1, designed in Austria, is designed for city journeys. Despite the limitations of the load, the electric bike has technical developments that allow you to achieve a range of 200 kilometers.

The Johammer J1 also remarkable for its design. Quirky, bold, groundbreaking, futuristic … any of these adjectives can be short for a motorcycle, although it seems a prototype, will start being mass produced. In principle, with a production of 50 units.

With a permanent magnet motor in the rear wheel, the Johammer J1 has 15 horsepower and top speed has been limited to 120 km/h. The main frame is aluminum and provides optimal space for recently developed battery system, which manages to take advantage of all the capabilities of the electric motor. These batteries are guaranteed not to lower than 85% efficiency until after age 4.