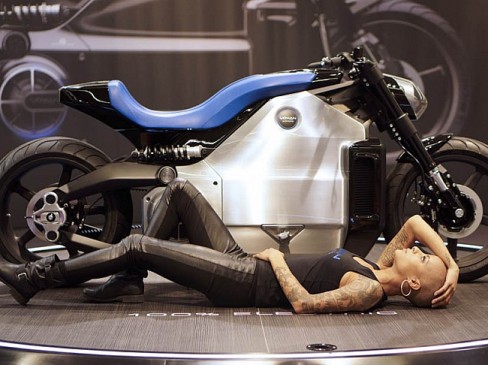 The French manufacturer has just introduced its first model powered by electrical energy at the bike show in Paris. The Wattam announces spectacular figures with 200 Nm torque and power equivalent to 200 hp. Few months that has been around speculating ago Voxan at the forefront of the European motorcycle industry. However, any doubt was finally cleared to know the new Wattman. The idea of electric bike was several years between the team plans brand founded in 1995 by Jacquers Gardette, although the limitations of weight and space appeared as the major problems to solve.

The wait came to an end in the last bike show in Paris, where the Wattman was displayed for the first time. The original design belongs to Sacha Lakic, creator of the first model of the brand and others later, as Black Magic.

The technical characteristics declared by the French manufacturer stand by weight up to 350 kg, along with a 200 hp power. The creators of the Wattman also advance their performance, which they estimate at an acceleration of 0-100 km/h in 3.4 seconds, reaching up to 160 km/h in 5.9 s. The top speed is estimated at 170 km/h and its autonomy in 180 km by using a 12.8 kWh lithium battery. The brand also pointed out that the Wattman be manufactured by hand on request, but its price has not yet transpired.